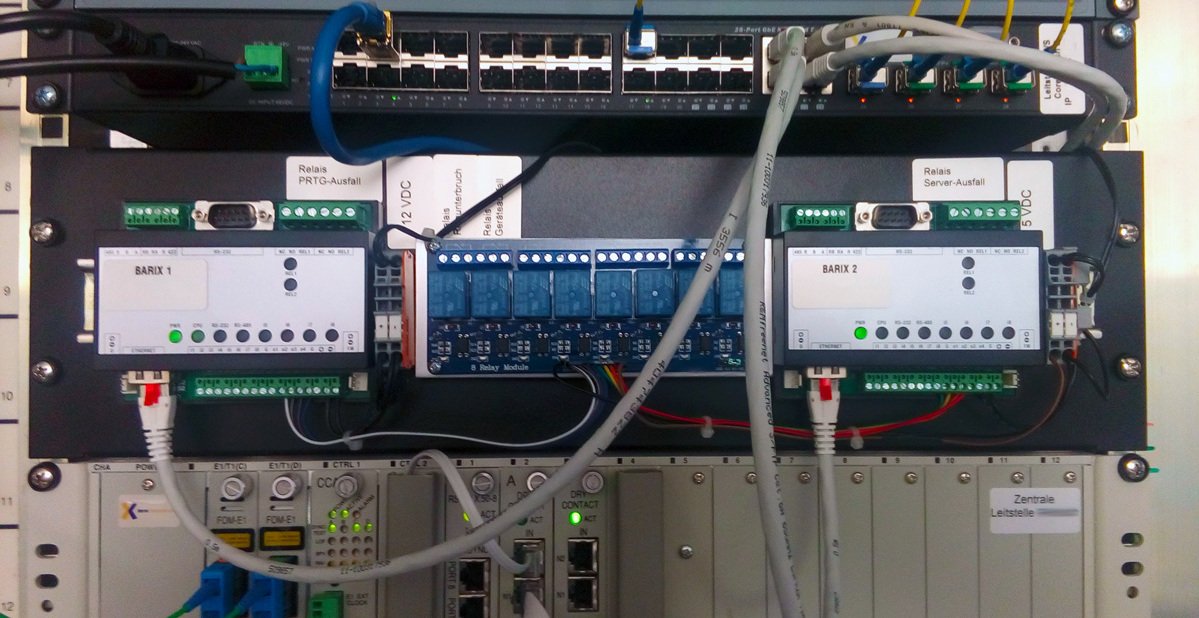 Modbus is an ancient protocol for addressing "relays", "contacts" and "registers" in controllers. Originally developed for "Remote IO" of controllers and as an interface for setting and querying the values of controllers directly (e.g. from a management software), the protocol was mainly used via serial interfaces in the first years. This "ASCII" version of the protocol has become rare in the meantime, but many devices still use Modbus/RTU via "RS-485" interfaces.

Today, the newer Modbus/TCP is used in many applications - basically, the good old Modbus/RTU protocol is simply equipped with a protocol head and transmitted via a "TCP connection". Even the most modern devices such as solar converters and many "smart meters" support the Modbus/TCP protocol to ensure access to the current data, parameters etc.

At Qibixx we have a lot of experience with these protocols. In 1996/1997 I developed the first Modbus/TCP gateways which implemented the Modbus/TCP protocol on Modbus/RTU (via serial interface) to make existing devices supporting Modbus accessible via a network.

What about devices that do not speak Modbus but can still benefit from a standard interface? For this purpose, I developed the "Barionet" 17 years ago, an IO device with digital and analog interfaces that can be addressed via Modbus/TCP, can implement protocols and is locally programmable. Thousands of these devices are in use all over the world, many of them in the field of energy technology, solar systems, security technology, building control systems, etc.

The device developed at that time was up to date and had many functions, but time is moving on. Nowadays you may want to communicate via IPv6, have high security requirements, you may want to maintain data or simply integrate "old" Modbus/RTU devices via modern IoT protocols (MQTT, IFTTT etc.). The "BARIONET 1000", which we have developed from scratch, is largely compatible with Barionet, but it runs under a Linux operating system (OpenWRT). This enables the entire world of open source software to be used.

We offer the device as an OEM product and also provide support in software development on the device. A standard version with a universal IO agent, which already supports many standard protocols, is distributed by BARIX through the international distribution.

Do you want to connect a scale via Modbus/TCP? Or do you need a protocol conversion from Modbus (or other serial protocols) to Modbus/TCP, encrypted, authenticated, via websocket, a push agent that writes the data directly to a database or, or...? We are happy to do this for you or if we can help you!

The Barionet 1000 is available from stock, further product variants (Barionet 1100, Barionet 500) are in the pipeline or already available as samples.

Talk to us about it. We solve your interface and implementation problems in the field of control and regulation, whether it is Modbus, IoT or another protocol.

We speak 6 languages and have a fully trained and specialized team to support you. Get experienced and knowledgeable help from our experts!

We look forward to hearing from you.